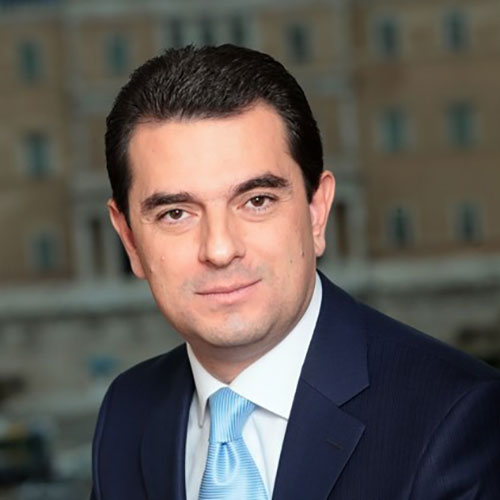 Konstantinos Skrekas hails from Megarhi, Trikala. He is married to Eirini Karagouni and father of two daughters, Alexandra and Sophia. He holds a Diploma in Civil Engineering from the Aristotle University of Thessaloniki (Civil Engineering Department, Faculty of  Technology),  and  an  MSc  in  Construction Management from the University of Birmingham, UK.

He speaks English and French.