The Museum hosts its collections across three levels, as well as in the archaeological excavation that lies at its foundations.
Located on the ground floor, the “Gallery of the Slopes of the Acropolis” houses finds from the sanctuaries that were established on the slopes of the Acropolis, as well as objects that Athenians used in everyday life from all historic periods.

The nine-meter high, naturally lit “Archaic Gallery”, in the east and south sections of the first floor, hosts the magnificent sculptures that graced the first temples on the Acropolis. It also displays the votive offerings dedicated by the worshippers, such as the beautiful archaic Korai (depictions of young women), the Hippeis (horse riders), statues of the Goddess Athena, sculptures of male figures, marble reliefs, and smaller bronze and clay offerings.

The Museum’s exhibition culminates on the third floor, in the glass-encased “Parthenon Gallery”. The relief sculptures of the Parthenon frieze depicting the Panathenaic procession are exhibited in continuous sequence along the perimeter of the external surface of the rectangular concrete core of the Gallery. The metopes, the marble slabs with relief representations from Greek mythology, are exhibited in between the stainless steel columns of the Gallery, which are the same in number as the columns of the Parthenon. The colossal figures of the two pediments have been placed on pedestals on the east and west sides of the Gallery. The east pediment depicts the birth of the Goddess Athena, emerging from the head of her father Zeus, and the west pediment depicts the battle between Athena and Poseidon over the land of Attica.

Inside the Acropolis museum

Having seen the Parthenon Gallery, the visitor can then return to the first floor to complete the tour with the series of works that were created after the construction of the Parthenon, namely the Propylaia, the temple of Athena Nike and the Erechtheion. The north wing of the first floor displays striking Classical sculptures and their Roman copies, as well as votive and decree reliefs dating to the 5th and 4th centuries BC, relief bases of sculptures and portraits, and finally, select works dating from the end of antiquity and the early Byzantine period.

The Museum’s exhibition program is also enriched with extensive finds from the ancient Athenian city, which were uncovered during the archaeological excavation that took place prior, to the construction of the Museum. The excavation is visible from different points on the ground and upper floors of the Museum, through a series of well positioned large glass openings. Visitors will soon be able to walk among the remains of this ancient Athenian neighborhood.

The Museum of Acropolis was designed by architect Bernard Tschumi with Michael Photiadis and inaugurated in the summer of 2009. 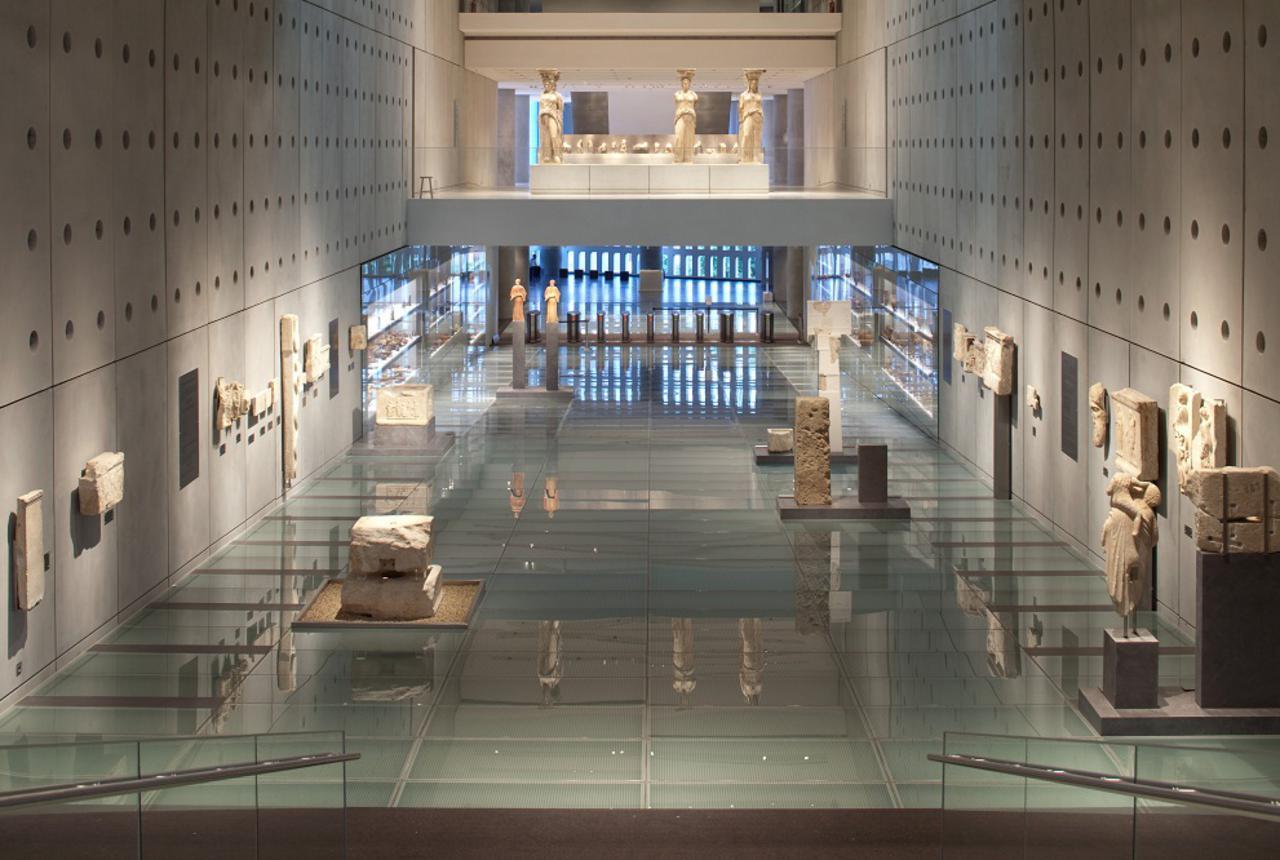 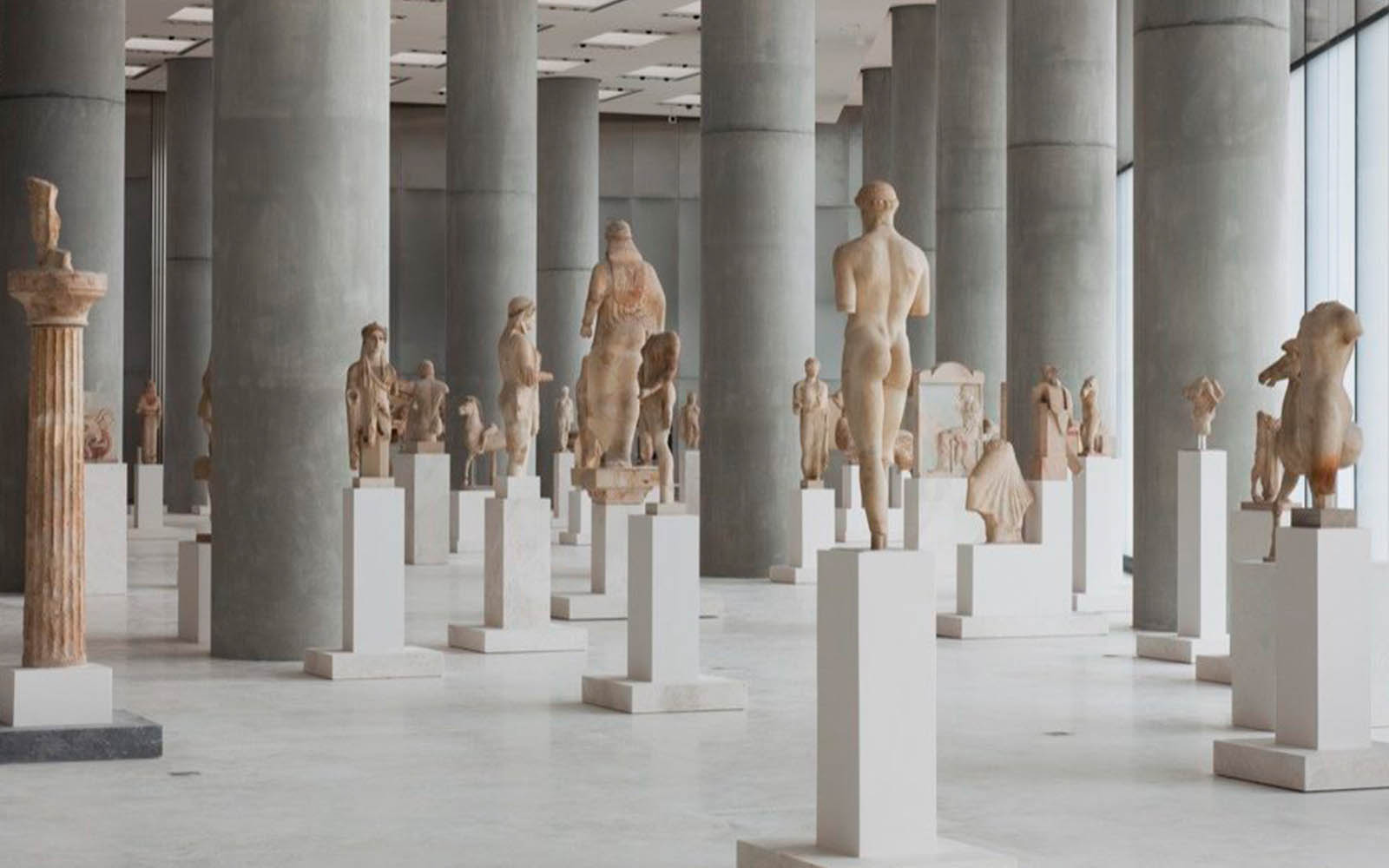 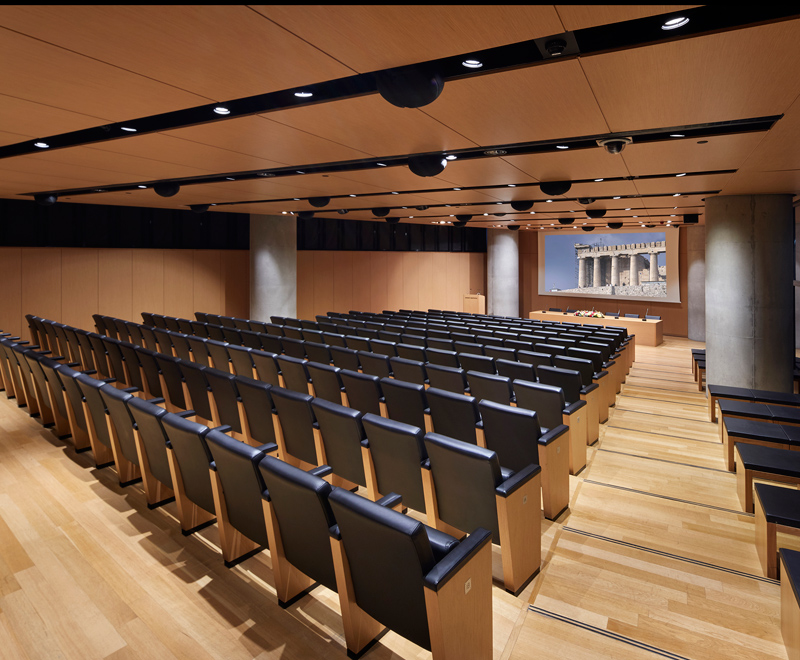 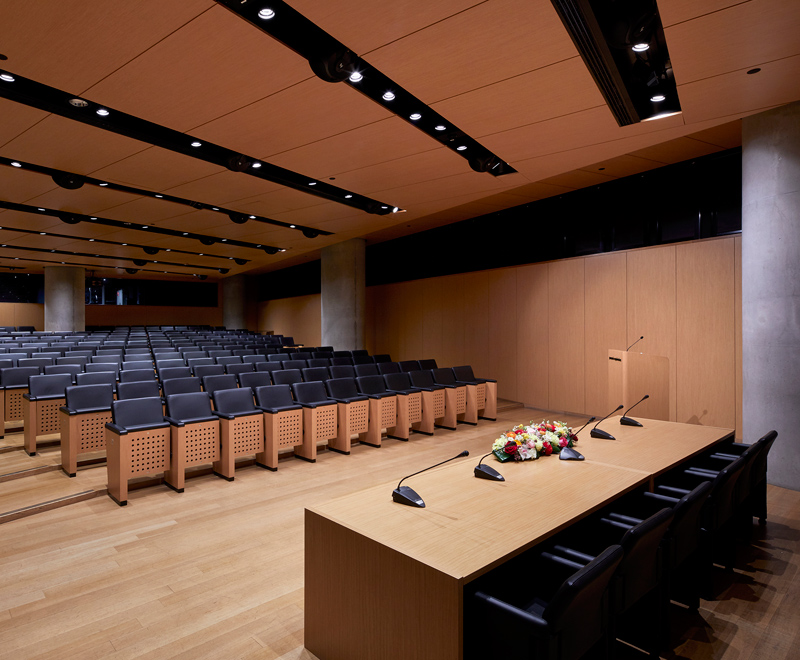 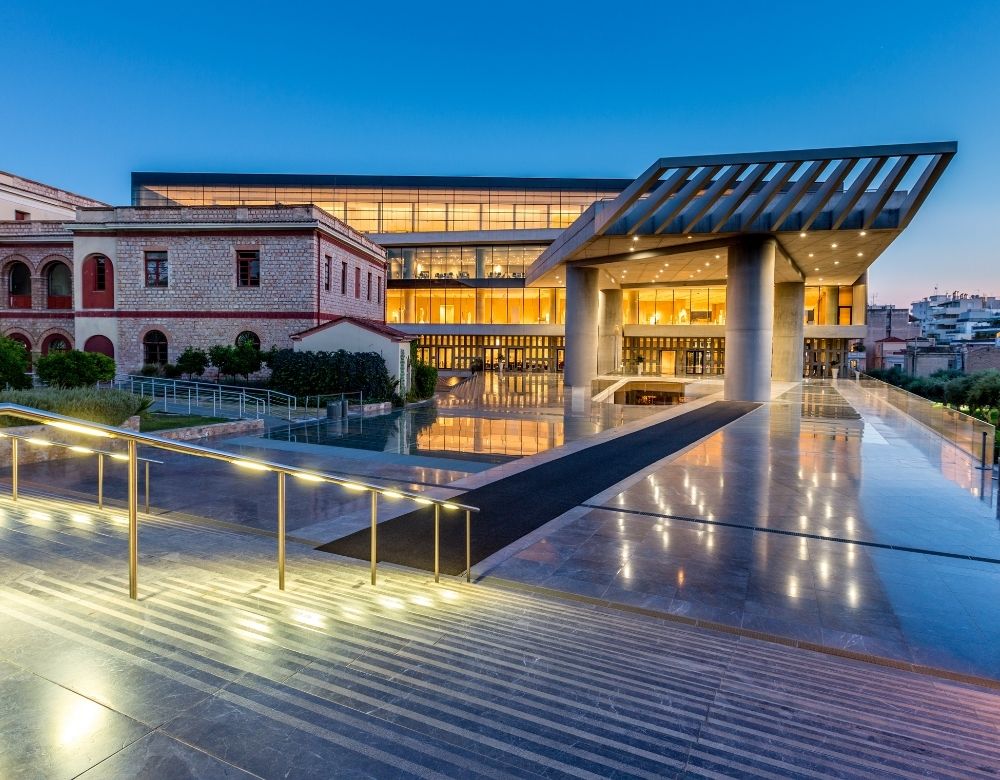