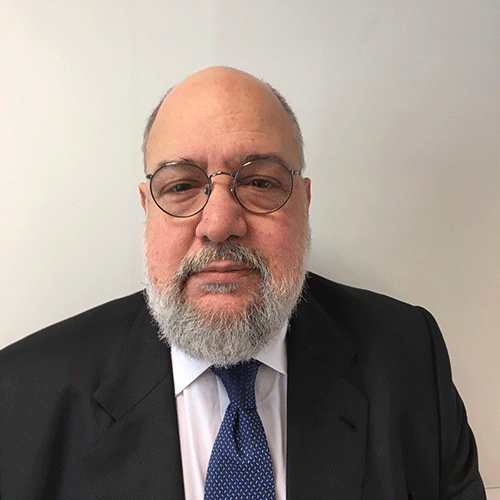 Nicholas J. Theocarakis holds a BA from the Dept of Economics of the National and Kapodistrian University of Athens and a PhD in Economics from the University of Cambridge. He had worked in the private sector for many years.

He left the business sector for academia and he is currently Associate Professor of Political Economy and History of Economic Thought in his alma mater. A member of the editorial board of many scientific journals, he had written three books [two with Yanis Varoufakis] and numerous articles.

In March 2015 he was appointed Secretary General for Fiscal Policy until the end of October where he became Chairman of the Board and Scientific Director of the Center of Planning and Economic Research (KEPE).

In the first two months of his stint as Secretary General he was the head of the Brussels Group and Greece’s representative at the Eurogroup Working Group.

Since March 2016 he is the Chairman of the Board of Megaron – The Athens Concert Hall.

The “linear” model of the economy is also circular, but it is reckless.

The circular economy is usually set against a conventional linear model of the economy. This is not true.
Economists since the beginning of their science have dealt with circular models, but they were reckless into not taking
into account the limits of a non-sustainable growth.
The problems posed by the embedded circularity of the economy cannot be solved through a market process.
Will assess what has been done and what should be done.