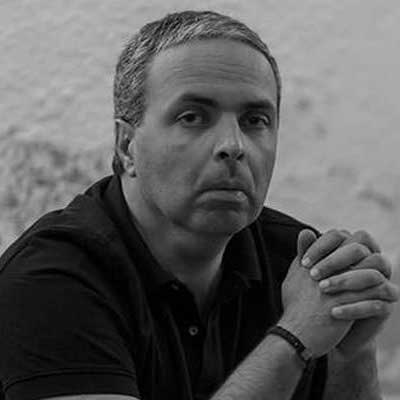 Dr. Nikos Lygeros is a strategy advisor and professor of Geostrategy, Topostrategy and Chronostrategy and teaches at the Police Academy of Greece, at the School of Security of Greece, at the Interdisciplinary School of War, at the School of Army Recruitment, at the Hellenic Air Force Academy, at the Hellenic National Defense College, at the Department of Professional Continual Education of staff and senior management, and the Center of Diplomatic and Strategic Studies (CEDS).

He has been involved as a advisor at the National School of Defense, at the School of Security of Greece and in Science for the foreign affair department of the Greek government. He has served also as an advisor in strategy for the Greek and Cypriot government.

As Professor in mathematics, computer science cybernetics, epistemology, linguistics, bioethics,strategy and education, he has taught strategic management at the the Universities of Lyon, at the Polytechnic School of Xanthi, at the National and Kapodistrian University of Athens and in the Teacher’s  Education Department of Democritus University. Thrace, at the Polytechnic School of Xanthi, the Technological Educational Institute of Eastern Macedonia and Thrace in the Engineering department of Oil and Gas Technology, and in the University of Nicosia.

As the President of the Armenian-Greek Friendship Association he actively pursues the recognition of the Trinity of Genocides, that being the genocide of the Greeks, the Armenians and the Assyrians in Anatolia.

He has been special emissary in the Unites Nations for the Western Sahara affair.

As a Strategic advisor to the government of Western Armenia he actively pursues the issues relating to the International Law, Law of the Sea and the United Nations Declaration for the Rights of Indigenous People.

Dr. Nikos Lygeros is a member of the International Confederation of Pontian Hellenes Interna and the Committee for Genocide in the Panpontian Federation in Greece (Greeks of Pontus). He is the founder of the Altruism Institute in Cyprus, which promotes the mass appeals against Turkey to the European Court of Human Rights. He is also has had the role of expert advisor for the development of the Caratheodory Institute.

As a researcher he has been involved in the fields of algebra, of number theory and of combinatorics. He is a member of the research teams which discovered in 1998 ten consecutive prime numbers in arithmetic progression and in 2010 the sixth solution of the function τ(p) = 0 (mod p) (the Ramanujan function via computers). He has extensively been involved in raising awareness of the work and contribution of the Carathéodory family and especially that of Constantin (mathematician) and of Alexander (Diplomat) during his role as the scientific expert advisor of the Friends of Carathéodory Association and Museum of Carathéodory which serves the worldwide promotion for the analysis and the research of Constantin Caratheodory.

Dr. Nikos Lygeros is known for his exceptional intellectual giftedness having an IQ level of 189 on the scale of Stanford–Binet but even more evidently from his accomplishments through his work which involves more than 32,000 articles and poems, over 2000 pieces of artwork, writer of more than 40 theatrical plays and many hundreds of lectures and speeches on a wide range of expert topics on mathematics, strategy, geostrategy, history, energy and environment, philosophy, art, literature etc.

Dr. Nikos Lygeros’s work includes the active contribution to the evolution of Human Rights by creating the foundations for the declaration of the Rights of Humanity. The first articles drafted and the manuscripts can be found here: Droits de l’Humanité.

• The discovery of natural gas and oil in Greece, would not be sufficient for the future

• We will not enter a period regarding drilling alone, they should be integrated within a context of strategic development and recovery, in order for them to function decisively towards the development

• The strategy and the energy are fundamental pillars of existence; for effectiveness must be combined

• The Greek EEZ is not a goal, but the inception of innovation.