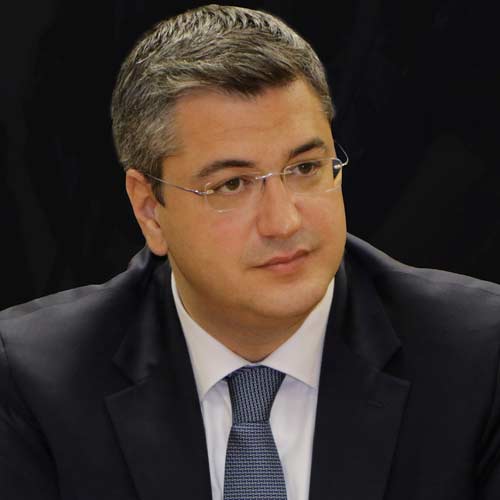 Apostolos Tzitzikostas was born on September 2, 1978. He studied Government and International Relations at Georgetown University, in Washington DC. After graduating in 2000, he worked as an intern at the Office of the President of the Committee on Foreign Affairs of the United States Congress, Ben Gilman. In 2002 he obtained a Masters Degree on European Public Policy and Economics from the University College of London. After his studies he created his own company in Thessaloniki on the field of production, processing and standardization of dairy products, based on organic standards, by the name MACEDONIAN FARM SA.

He was elected Member of the Greek Parliament, at the National Elections on September 16, 2007, with the “Nea Dimokratia” Party, in the First District of Thessaloniki. He was elected Secretary of the Greek Parliament and in October 2007, he was appointed deputy Head of the Department of Foreign Affairs of the “Nea Dimokratia” Party.

In the Regional Elections of November 14, 2010 he was elected Vice-Governor of Central Macedonia and Head of the Metropolitan Area of Thessaloniki. In the Regional Elections of May 25th, 2014 he was elected Governor of Central Macedonia, obtaining 71.03%, which is the highest percentage ever recorded in regional elections in Greece. He represents Greece as a Member of the Committee of the Regions of the European Union, for the term 2014-2019.