Dpt. Minister for Development and Investments in charge of Research & Innovation 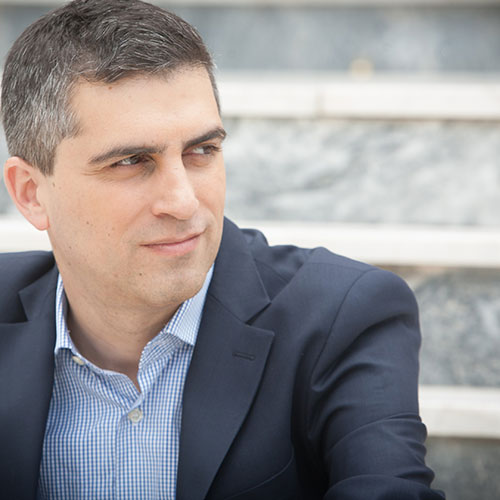 Dr Christos Dimas is the Deputy Minister for Development and Investments in charge of Research and Innovation. He is a lawyer and Member of the Hellenic Parliament representing New Democracy in the district of Korinthia.

Before entering politics, he worked in the private sector as a business consultant for The Boston Consulting Group (BCG).

He was born on the 29th of May 1980. He graduated from the Law School of the National and Kapodistrian University of Athens and Queen Mary University in London.

He completed his Master Degree in Comparative Politics at the London School of Economics and Political Science (LSE). He then finished his PhD in European Political Economy from the LSE, with a scholarship from the Alexander Onassis Foundation.

Parallel to his studies, he worked as a correspondent in London for Apogevmatini newspaper while also practicing journalism at the BBC.

At the age of 25 he was a teaching assistant at the LSE while teaching at ICON College in the University of Leicester and was a research fellow at the Jean Monnet European Center of Excellence.

He was elected as an MP in the district of Korinthia, with New Democracy in the May 2012 elections and has been re-elected ever since.