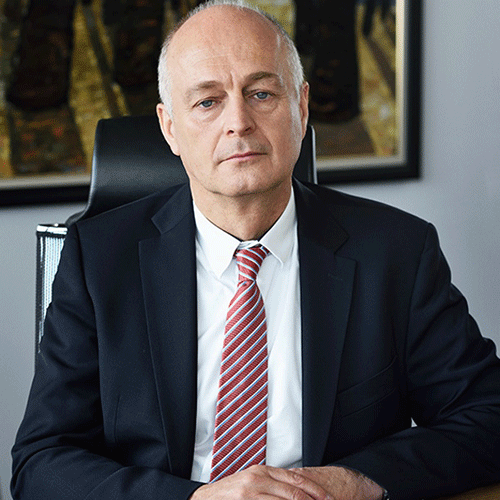 Frank Jansen was appointed Executive Director and member of the Management Board of CIBANK in May 2008, following the acquisition of 75% of CIBANK’s capital by KBC Group – a Belgian banc assurance group – at the end of 2007.

His professional career started as a manager of various retail and corporate branches of KBC Belgium.  During the period 1999 – 2003 he consequently held the positions of Director CSOB Bank Prague and Executive Director of Kredyt Bank Poland, where he was responsible for credit risk management and consumer finance. From 2003 until his appointment at CIBANK he was General Manager for KBC France.

Innovation in action: transferring the benefits of the Juncker Plan / EFSI to Bulgarian SME & corporate customers

– Innovation is a necessary, desirable but also a risky process.
– We are well placed to exchange with our customers on innovation. We are as financial industry confronted with many of the challenges that also our customers are facing.
– For companies in a country in economic transformation, cash and savings buffers are lower and technology leaps are higher than in more mature markets.
– Therefore we champion the usage of the European Financial Instruments of the Juncker plan. They support innovative and fast growing companies to invest in their future at attractive financial conditions.