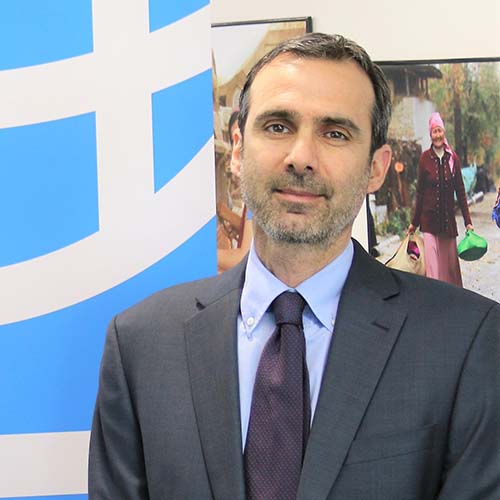 Michele Ribotta is the Acting Deputy Director of UN Women Regional Office for Europe and Central Asia. He joined UN Women in 2012, where he has been working as an adviser to the Director in the UN System Coordination Division, supporting gender mainstreaming in key inter agency coordination mechanisms in the context of UN system operational activities for development (QCPR).

Prior to joining UN Women, Mr. Ribotta worked as a learning manager at the UN System Staff College where he led the UN Coherence team, providing training and facilitation services to UN Country Teams on leadership and strategic planning. Prior to that, he served with UNDP Egypt as Head of the UN Resident Coordinator Office. His career in the UN system started in 1997, when he joined UNDP Bulgaria as a coordination and human rights officer.

Mr. Ribotta has a master degree in law obtained at the University of Rome La Sapienza in 1993. He is married and has three children. He speaks English, French and Spanish.