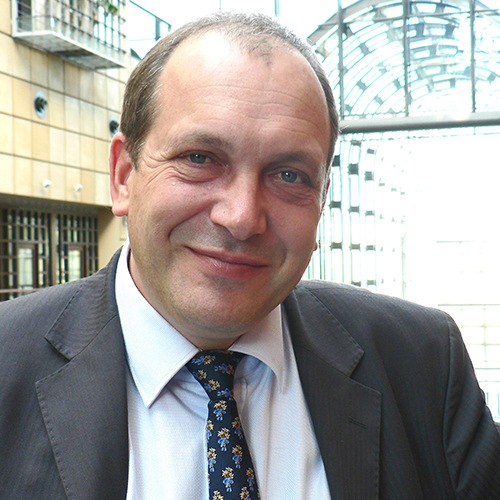 Mr. Patrick Anvroin is Director at Conference of Peripheral Maritime Regions of Europe in charge of EU Transport Policy (Trans-European Networks, Motorways of the Sea and maritime transport), and the Coordination and Management of the CPMR Balkans and Black Sea Commission

Responsibilities previously assumed within the CPMR, he had the Management of inter-regional projects in the Mediterranean and the Atlantic, was Technical Secretary of the Atlantic Arc Commission, he followed-up CPMR North Sea Commission and Baltic Sea Commission, he launched the maritime intergroup in the European Parliament, as well as the Vasco da Gama 2010 CPMR initiative aiming at developing youth mobility.

– Maritime transport: Motorways of the Sea (MoS) under discussion, lack of maritime transport services across the Black Sea, adaptation to the International Maritime Organization (IMO) regulation on sulphur emissions – the right time for common reflection and synergies