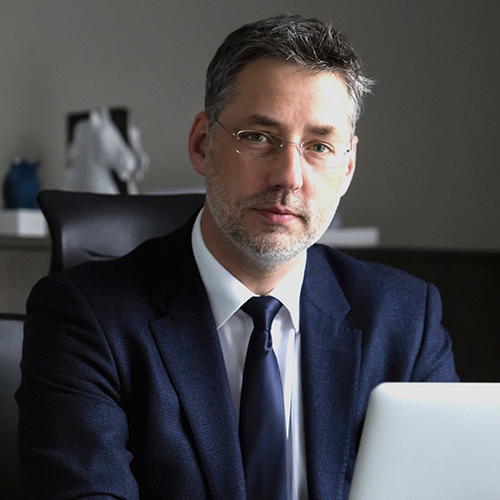 Rikard is a Swedish citizen with Greek and Swedish origins. His career has been characterised by successfully devising and leading complex business endeavours in challenging environments in Europe, South America, South East Asia and Africa.

In 2011 he was appointed Country Manager for the Trans Adriatic Pipeline (TAP) in Greece: a JV including BP, Socar, Snam, Fluxys, Enagas, and Axpo. TAP represents the European leg of a new $45-billion gas supply corridor (the “Southern Gas Corridor”) from the Caspian into European markets and constitutes a keys strategic objective for the EU and many regional actors. Greece, with 550km of pipeline construction, represents the biggest geography for TAP.

Prior to joining TAP, he spent 10 years with BP Plc. at the company’s global HQ in London and internationally where he oversaw Government and External Affairs for the BP Group and key projects. He has also been Executive Director at a global think-tank created by Shell, J&J, Unilever, Microsoft and IBM to drive thought leadership on business’ role in society, a board member at the British Royal Institute for International Affairs (better known as “Chatham House”) and one of the founding members of the EU’s climate change panel.

– TAP aims at leaving a legacy to Greece as a successful infrastructure project that is also respectful of local communities, and as a viable roadmap for future investments.