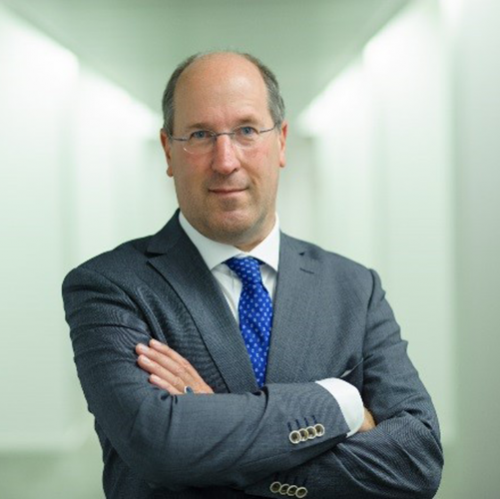 Wim Mijs (1964) was appointed Chief Executive of the European Banking Federation in September 2014.

Between 2007 and 2014 Wim served as CEO of the Dutch banking association NVB. During this time he transformed the NVB into a modern industry association, positioning it as the key representative of the banking sector in the midst of the financial crisis.

Wim studied law at the University of Leiden in the Netherlands, specializing in European and International law. After his studies he worked for one year at the International Court of Arbitration at the Peace Palace in The Hague. In 1993 he joined ABN AMRO in Amsterdam before moving to Brussels to head up the bank’s EU liaison office. Wim moved back to The Hague in 2002 where he became the Head of Government Affairs for ABN AMRO.

Between 2011 and 2015 Wim served as Chairman of the International Banking Federation. From 2012 to 2014 he was Chairman of the Executive Committee of the EBF. From 2013 to 2015 he was President of the Board of Euribor, now known as the European Money Market Institute.

Wim is married and has two children.