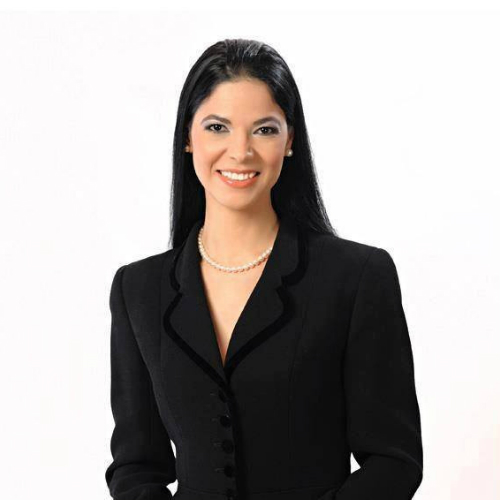 On January 4, 2017, Ana Birchall was sworn in as Minister delegate for European Affairs.

In December 2016, Ana Birchall won a second term as deputy in Vaslui County, thus continuing the parliamentary work begun in 2012. Between February 2015 and December 2016, she served as Chairman of the European Affairs Committee in the Chamber of Deputies. In April 2014, she was appointed High Representative of the Prime Minister for European Affairs and partnership with the United States of America (a non-remunerated position, held until October 2015), after holding the position of Advisor to the Prime Minister in 2012.

In 2002, Ana Birchall began her career as a lawyer, collaborating with White & Case LLP, a law firm based in New York City. In 2003, she returned to Romania, where she made her debut in politics and administration at the Ministry of Foreign Affairs and the Commission on Foreign Affairs of the Senate of Romania. Also, between July 2008 and June 2012, she worked in the private sector collaborating with important law firms in the field of financial restructuring and insolvency.

She graduated from the Faculty of Law of the University of Bucharest and the Faculty of Law and International Relations (valedictorian) of the “Nicolae Titulescu” University in 1996. Ana Birchall continued her studies at Yale Law School, Yale University, USA, being the first Romanian to be admitted simultaneously for the Master of Studies in Law at several universities such as Yale, Harvard, Oxford, Cambridge and New York University. She graduated from the Master of Studies in Law in 2000, and in 2002 she got her Ph.D. in Law (J.S.D., “Student Marshal” – as representative of the Ph.D. students of 2002) under the guidance of Professor Anthony T. Kronman, Dean of Yale Law School. The theme of her thesis was “Bankruptcy law applied to banking systems in Central and Eastern European countries” – a comparative analysis of bankruptcy law applicable to the banking system in USA, UK, France, Germany, Romania, Hungary, Poland and the Czech Republic. Throughout her Ph.D. studies, she was a Goldman Fellow scholar, scholarship granted by Yale Law School.

Apart from her political career, Ana Birchall is a member of Bucharest Bar; the Executive Committee of Yale Law School Association, Yale Law School; Ambassador of the acclaimed NGO, Vital Voices, and of Policy Network in Great Britain and Terra Nova in France.

She is fluent in English. Ana Birchall is married and has one child.

Cooperation in the Black Sea and the Balkans: Romania’s priorities

Both the Black Sea and the Balkans regions are part of Romania’s direct neighborhood and represent, as such, key foreign policy priorities, part of our external profile. Romania places particular attention to developing excellent bilateral relations, including closer economic ties, and to promote effective regional multilateralism which will deliver results – especially in the areas highlighted by the panel.

As new trends reveal almost every day, the Black Sea and the Balkans are also of great strategic relevance for EU’s own stability and prosperity – suffice to point the trends in migration in the past year. It is another reason for Romania to be a very committed actor in consolidating EU’s role both in relation with states in the two areas, and in promoting a more consolidated regional role for the EU.

EU and the Black Sea and the Balkans are interdependent in many ways, with far-reaching strategic implications. This interdependence needs to be translated both into a positive narrative (as opposed to the predominantly negative, problem-ridden images the regions have in EU’s perceptions), and into more concrete joined-up projects, with results at local communities and citizens-level (more concrete examples in the presentation).