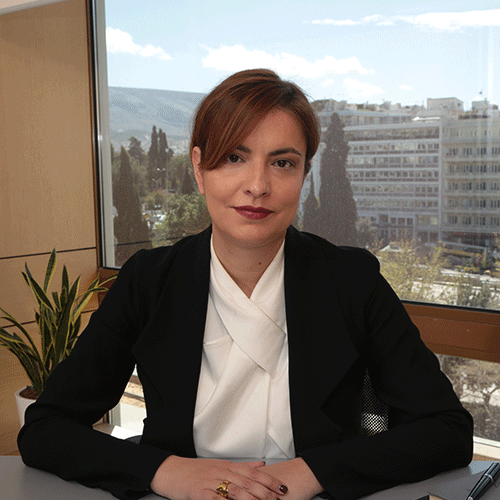 Rania Ekaterinari is CEO and member of the Board of Directors of the Hellenic Corporation of Assets and Participations SA, which is a holding company that manages and exploits, through a number of subsidiaries, a large portfolio of assets and participations of the Greek State.

Before this position, she was a Partner at Ernst & Young in Transaction Advisory Services and also the Energy Sector leader for SE Europe. Between 2010 – 2015, she was Deputy CEO of Public Power Corporation (PPC) and member of its Board of Directors. PPC Group is one of the largest Greek listed industrial Groups and the largest electric utility in the country.

Before PPC, and for more than 10 years, she worked in corporate & investment banking in London and in Athens at Deutsche Bank, BNP Paribas and Eurobank. In the 90s, she worked in the oil industry in the Caspian region and at the beginning of her career, she worked as an electrical engineer in Greece and in Denmark.

She is a member of the European Network for Women in Leadership (WIL). She was also the first Greek woman to become member of the global “Rising Talents Network” of the “Women’s Forum for the Economy and the Society” in 2010 in Deauville, France.

She holds a degree in electrical engineering from Aristotle University and an MBA from City University Business School.