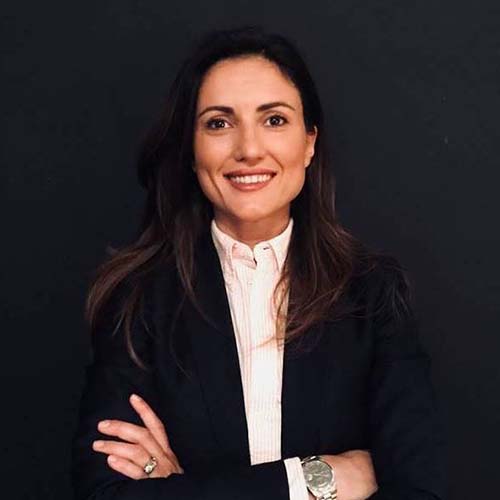 Mrs. Vaia Karathodorou is a corporate and energy lawyer, currently working as a legal advisor of the Minister of Environment and Energy of Greece. Vaia has advised on several electricity and sector regulatory matters, as the completion of IPTO’s Full Ownership Unbundling, the listing of ADMIE (IPTO) Holding S.A., the “Lignite case”, on exploration and exploitation of hydrocarbons lease agreements, while she has also served on several legislative committees both in the energy sector, as the one concerning the Energy Exchange Law and the Reform of the Hydrocarbons Legal Framework and others in the field of corporate law as well, like the Mergers and Acquisition Law Committee.

She has served as a member of the BoD of ADMIE (IPTO) Holding S.A.

Before she assumed the position of the legal advisor, she has worked as a World Bank consultant in the Investment Licensing Reform in Greece, having also experience in practicing law for thirteen years, providing complete and thorough legal advices in the area of commercial and administrative law.

She studied law at the Aristoteles University of Thessaloniki, has obtained two master degrees (LLM) from Democritus University of Thrace, while she is also a PhD candidate in the area of competition law.

Vaia is a qualified lawyer since 2005. She is a member of the Thessaloniki Bar Association, member of the Association of Greek Commercialists, of the Company of Competition Law and of the Consumers Protection Law Company as well.