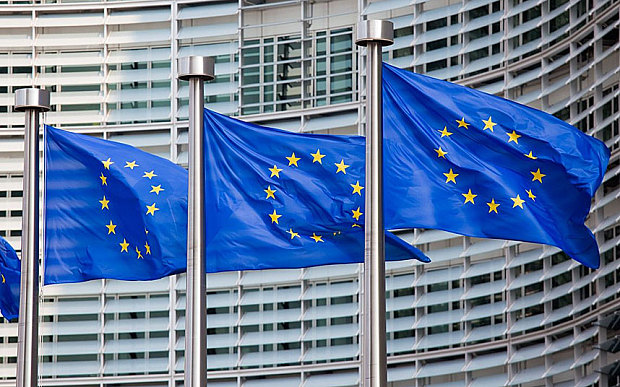 The EU: In Stormy Seas

Populist and nationalist forces are preparing a major offensive to overturn European politics. The stakes could not be higher.

“The wind is back in Europe’s sails,” declared European Commission President Jean-Claude Juncker last September. But even metaphorical weather is highly changeable. Now a cold wind is blowing in the face of the EU and is rapidly strengthening into a storm. Keeping Europe’s ship on course will require skillful navigation, but its crew is squabbling about the direction of travel.

Migration remains the biggest challenge. While the numbers of arrivals are down, the hysteria is up, as populist movements and a growing number of mainstream politicians are building their business model on anti-migration sentiments. Because of the now dominant “nation-first” attitude, EU members cannot agree on sharing the burden and are therefore attempting to shift it to neighboring countries. But ideas such as disembarkation platforms, where people rescued at sea would be parked in third countries, find little buy-in in North Africa and in the Balkans. Realistically, there is no silver bullet for “solving” migration. By harmonizing legislation, building stronger institutions, and creating a genuine partnership with countries of origin and transit, the EU could manage migration responsibly. However, these would require cool heads and a shared commitment to common solutions—both of which are in short supply at the moment.

Having a president in the White House who sees the EU as a foe to be bullied into submission is also fundamentally unsettling. The ceasefire on trade tariffs agreed between Donald Trump and Jean-Claude Juncker brings welcome relief, but will it survive the next twitter storm? A benevolent United States has been crucial for the success of European integration. A persistent rivalry with Washington might drive Brussels toward greater autonomy, but it could also lead to a further weakening of the EU’s cohesion. When it comes to trade, the EU has the instruments and the clout to fight back, but trade wars rarely have winners. Effective international coalition building and reaching out to sensible parts of the U.S. political elite might avoid the worst, but the risks to the EU’s post-crisis recovery are grave.

As Brexit negotiations are entering the decisive phase, a crisis on this front is almost inevitable. The big question is whether it will be confined to London, where Theresa May might lose parliamentary support for her preferred “soft Brexit” and in consequence her job, or whether it will also affect Brussels, where the solidarity of the remaining EU-27 could crumble as divergent economic interests assert themselves.  It is likely that a calamitous “no deal” Brexit in March 2019 can be avoided, but maybe only by extending the negotiations and thus by prolonging uncertainty.

Meanwhile, the Article 7 procedure regarding Poland’s infringements of the independence of the judiciary appears deadlocked, and the Hungarian government’s pressure on civil society continues. The European Commission is shifting its approach to taking the governments in Warsaw and Budapest to the European Court of Justice for violations of the rule of law. This might help, if the court is ready to assume a more proactive role than in the past, but the rise of nationalist and xenophobic forces in many European countries will almost certainly result in more challenges to the EU’s values.

All this turbulence will complicate the work on the Multiannual Financial Framework, through which the EU decides on the size of its budget during the 2021-2027 period and defines what it will be spent on. Aligning the EU’s spending programs to changing political priorities and accommodating the diverse interests of member states would be hugely challenging even under better circumstances. This time, the negotiations will be even more difficult, as the divisions among member states are deeper and the resources scarcer because the UK, an important net-payer, is leaving. But with the future functioning of the EU at stake, an eventual agreement is likely—though probably not, as the Commission would prefer, before European Parliament elections in May 2019.

These elections could also turn into a major political tempest. Traditionally, European Parliament elections have been compartmentalized into multiple parallel elections, each dominated by national politics. They have been second-order political events with ever weaker voter participation. This time, however, the stakes will be higher.

Anti-EU and anti-migration forces from Le Pen to Salvini are preparing a major offensive to overturn EU politics by breaking the traditional dominance of the pro-European grand coalition of the center-right and center-left. While the EU-phobes are unlikely to win a majority, a strong showing of these parties would still be a big political setback for the EU, and a fragmented parliament could greatly impede EU decisionmaking.

The appearance of a “nationalist international” will hopefully trigger a countermobilization of pro-European political forces. If this happens, there is a chance that the election campaign will for the first time prompt a genuine transnational discussion on the future course of the EU. Such a debate involves risks, as major parts of the public remain alienated from the EU, but it also could turn into a catalyst for positive change. Some storms are necessary to clear the air and provide a better view on what the future holds.*